The Best Incentives for ‘Ten of the Best’

The Best Incentives for ‘Ten of the Best’ 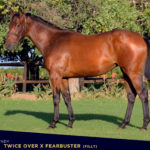 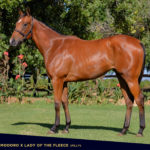 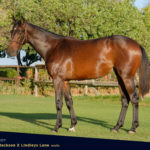 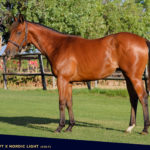 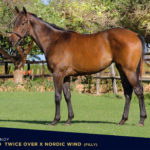 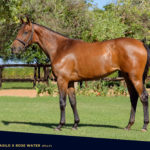 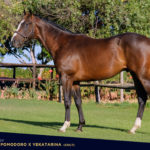 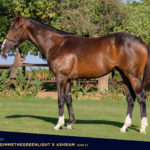 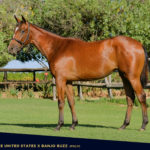 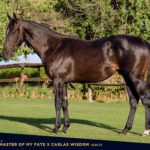 Economists are famous for their assumptions, perhaps the most valid of which is that humans respond to incentives. We may not always act ‘rationally’, but as behavioural economist Dan Ariely writes in his book Predictably Irrational, it all still makes sense.

Incentives, of course, are a big factor at yearling and two-year-old auctions. In an environment of reduced prize money, the opportunity of earning extra money in restricted races, or other bonuses, becomes very important. In 2020, we dipped our toes into the waters of the Cape Yearling Sale, primarily because of the richly endowed juvenile race restricted to graduates. Plus, graduates also have a shot at the R60k BSA Juvenile Added Stakes.

We’re back this year, with five colts and five fillies, all selected on the basis of the likelihood that they could line up for a half million rand two-year-old race in February. Having watched them go through their preparation, they’ve done even better than we imagined when we made the selection late last year. It’s just our opinion, of course, but we have high hopes for this group of ten.

Fillies
Lot 5 f. Twice Over – Fearbuster (IRE)
This is a strong, robust type of filly out of a Fastnet Rock mare that has three lines of Danzig, so she has no shortage of speed in her pedigree. We think that Twice Over fillies are hugely underrated.

Lot 34 f. Pomodoro – Lady Of The Fleece
This is a gorgeous filly – tall and scopey with good depth. Pretty much everything out of the mare can run, and this one looks like she’ll continue the family tradition. Her half-brother, Greek Myth, went through this sales ring in 2020, and on the 27th will either run in the BSA Cape Yearling Sale Cup or in the Nursery.

Lot 60 f. Twice Over (GB) – Nordic Wind
This is the type of Twice Over filly that looks as if she might not get much further than 1200m. She’s strong and close-coupled, out of a full-sister to the dam of Rio Querari. Grant van Niekerk thought that he was an unlucky 2nd in the Cape Flying Championship. This a family that throws a lot of speed!

Lot 81 f. Quasillo (GER) – Rose Water
We think that, in time, Quasillo’s infertility will be seen as a big loss to the industry. This is a gorgeous filly out of a well-related Silvano mare.

Lot 148 f. The United States (IRE) – Banjo Buzz
The United States is a Grade I winning son of Galileo, which must make him one of the best stallion prospects around at the moment. This daughter of a stakes-placed mare is bred on the hugely successful Galileo x Danehill cross. She moves really well.

Colts
Lot 165 c. Master Of My Fate – Carlas Wisdom
Carlas Wisdom is a Jallad mare with an exceptional breeding record. Her five winners have won 26 races, and her only non-winner was 3rd at her only start. This magnificent Master of My Fate colt is definitely the best physical individual she’s produced. He has the looks of a strong juvenile prospect.

Lot 38 c. Jackson – Lindleys Lane
This is a big, scopey, easy-moving colt out of a winning half-sister to Hard Day’s Night. Jackson gets a lot of winners (including two big sales race winners in the past season), and definitely falls into the ‘underrated’ category. On looks, he might be the only one in our draft that looks like he’ll need a bit of time, but he’s out of a Pathfork mare.

Lot 59 c. Erupt (IRE) – Nordic Light
Erupt is a Grade I winner by world-leading sire Dubawi, which makes him an exciting prospect. This colt is out of a half-sister to the dam of Rio Querari, and has the same kind of speed written all over him.

Lot 135 c. Pomodoro – Yekaterina
His dam is a young mare from the Mother Russia family that’s already produced a winner. Her two-year-old is the Quasillo filly Miss Putin, who was 4th first time out. He’s a very handsome chap, showing the influence of his dam’s sire Gimmethegreenlight.

Lot 144 c. Gimmethegreenlight (AUS) – Ashram
One of just three Gimmethegreenlights on the sale. This is a very well put-together colt, strong and high quality. His two-year-old half-brother was 2nd last time out. It’s the Horse Chestnut family, with plenty of winners in the immediate family. He looks tailormade for 1200m at Kenilworth as a two-year-old.

The breeder of the horse that wins the sales race will also get R100k. That’s an incentive that aligns our interests with those of buyers. We think we’ve chosen well – the rest is over to you!