Home/News/Mother Russia named Horse of the Year
Previous Next 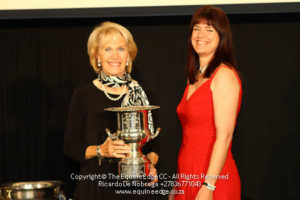 Veronica Foulkes accepting one of the trophies from Liesl King