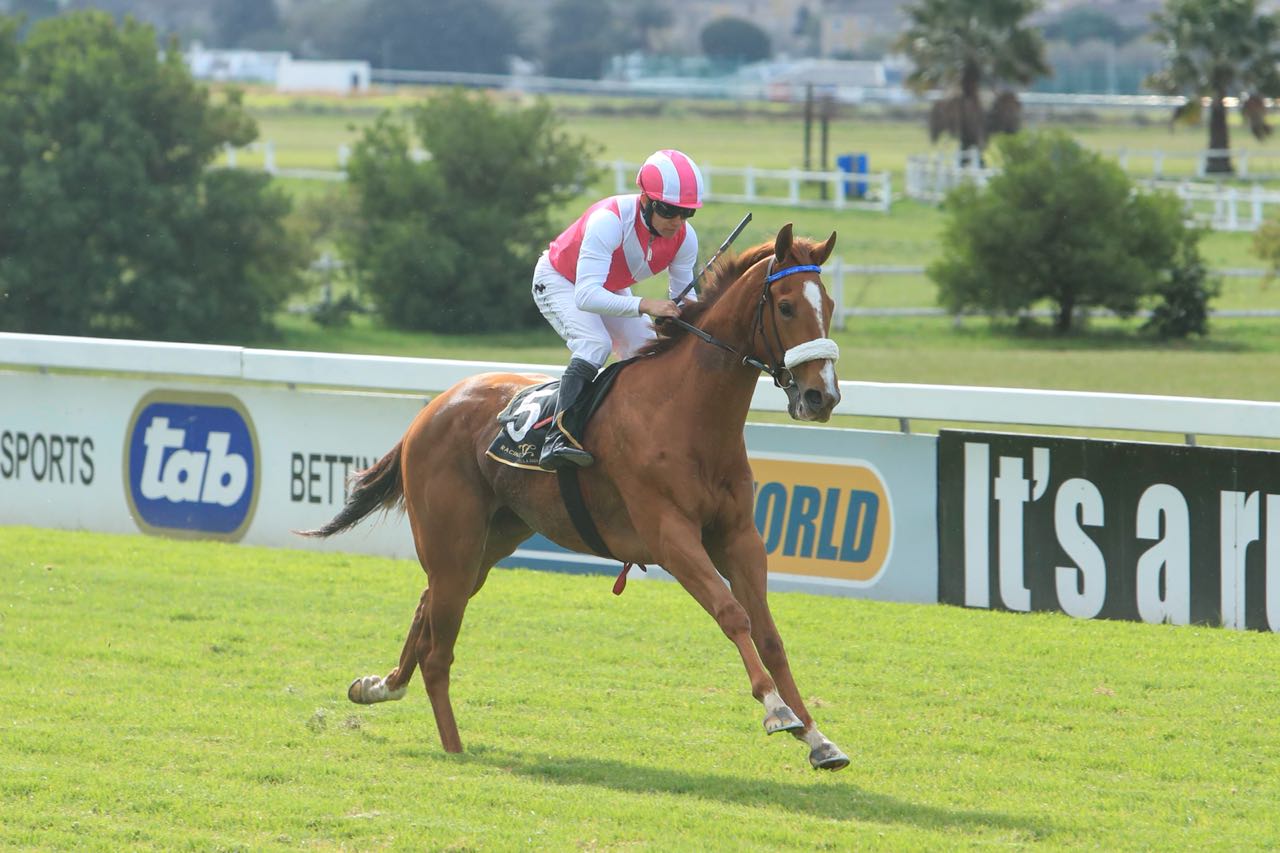 When Margrethe came bolting home to break her maiden by 4.5 lengths in the first meeting of the new season, she was also the first winner under our new fractional ownership initiative. Richard Fourie was easing up her up before the line, and afterwards he couldn’t have been more effusive in his praise.

Fractional ownership makes racehorse ownership accessible to a wider group of people. By owning just a small share, the cost is divided into manageable amounts (this could be as little as a few hundred rand per month). However, as a part owner you still get 100% of the excitement and enjoyment. And, of course, you share in the horse’s earnings.

There are a few important points to note with respect to our syndicates:

Flatware f. (Wylie Hall – Family Silver) share of racing career only
By exciting young sire Wylie Hall, out of a Silvano half-sister to champion filly Tatler. This is a strong, workmanlike filly, and her dam has produced two winners from three runners. It’s the family of Grade I-winning fillies In Camera, Just Sensual, Consensual and Give Me Five.

Milonga f. (Mambo in Seattle – Tango Queen) share of racing career only
This strong, rangy filly is by the sire of Same Jurisdiction. The family has been in the stud since the mid-80s, and is responsible for the Cape Derby winner Grande Jete, as well as the top filly Joshua’s Princess. She is almost certain to stay 2400m.

Anderson c. (Philanthropist – Centre Court)
This athletic colt is out of a mare that has a 100% record. Every one of her foals has run, and every one is a winner, including two stakes horses. It’s a family we have owned since the early 80s, and it’s produced a lot of speedy horses for us.

Tango with Tigers c. (Pathfork – Dance with Tigers)
This smart-looking colt is a full brother to the multiple winner Grizabell. The family has been in the stud since the mid-80s, and is responsible for the Cape Derby winner Grande Jete, as well as the top filly Joshua’s Princess.

Sentebale c. (Philanthropist – Royal Jubilee)
Named after Prince Harry’s charitable foundation, this colt is the first foal of a Trippi mare from a family of solid stayers. His grandam, Colonial Girl, won the Gold Cup. She has produced five winners from seven runners including the stakes-winner Peggy Jay. Her last foal, Sailor Girl, is showing very promising staying form.

Fundraiser c. (Philanthropist – Genteel Approach)
This high quality colt is out of a half-sister to hard-knocking Dubai campaigner Star Empire, as well as the graded stakes-winner Fabiani. Like Philanthropist’s top Hong Kong runner Singapore Sling, this colt is out of a Mr Prospector line mare.